The picture above is a colorized portrait of my father.  He has been dead for a dozen years, but as I write this it chokes me up to see my father looking back at me again.  He was my protector.  While the rest of my family often mistreated me, when dad was home I was safe and he made sure I was treated fairly.   My father was a stalwart man of principle, a genius engineer, and a servant of God.  He was a formidable man who could bring gravitas to any discussion, but he could also tell hilarious jokes for two hours straight after all the serious matters had been taken care of.

My father showed me how to be a man, by being masculine for our entire life together.  His Biblical frame of reference did not bend to accommodate the world, the world had to adapt itself to my father.  He never cared about fame, he had no love of money, and he wasn’t afraid to die, so the world lacked much leverage against my dad.  Life with dad was an adventure, a mission, a test, and I never doubted for a moment that dad would see to it that we achieved his mission, no matter the circumstances.

I wish every boy could grow up with a father like mine.  Because then there would be no questions about how to be masculine, nobody undisciplined, and no man without a mission.  It breaks my heart that so many boys are now growing up without fathers, including my own sons.  What they miss out on by not having a father in their life is incalculable.   You need a solid man to raise up solid men.  Boys can’t learn how to be a man by watching their mother.

17 thoughts on “An Image of My Father” 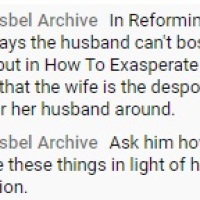